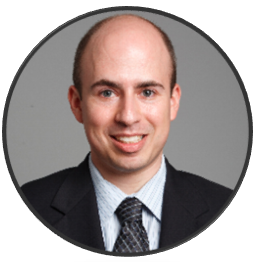 Imry Halevi has been the Director of Multimedia and Production at Harvard University for five years, and in that short amount of time, he’s made a big impact on the overall broadcast capabilities for the illustrious school’s many sports teams.

Among the accomplishments Halevi has completed, is the construction of two new live sports broadcast control rooms, expanding coverage to more sports, and creating partnerships with ESPN and the Ivy League Network to bring live Harvard athletic games to more viewers across the country.

Marshall Electronics asked Imry about how he is using Marshall POV Cameras for his sports broadcasts, and how he thinks broadcast technology will evolve over the next five years.

That’s where the Marshall cameras have been so helpful. Instead of coming up with expensive solutions for placing cameras behind the backboard, inside hockey penalty boxes, and underwater, we can use these small and very easy to set up cameras, and not have to worry about training our crew in using new gear. It really helps set broadcasts apart when viewers can see angles they don’t expect.” – Imry Halevi

Marshall Electronics: Tell me a little about how many different sports you cover at Harvard.

Imry Halevi: At Harvard, we produce and broadcast all home events for 32 out of our 42 teams. These range from football, basketball, hockey, and lacrosse, to water polo, rowing, fencing and many in between. If it’s technically and logistically feasible, we try to provide coverage so that parents, families, and fans can follow the teams regardless of where they are.

Marshall: What Marshall products do you use for broadcasts? And why are they your preferred product for this purpose?

Imry: We currently use three Marshall products in our productions:

The CV343, for commentator shots, ice hockey penalty box and behind-the-net shots, and other POV needs where interchangeable lenses are helpful.

The CV502, for behind-the-backboard shots at basketball games, as well as other POV locations where space is limited. We also use this camera for wide-angle locked-down beauty shots during basketball broadcasts.

The CV502-WPMB is the latest addition to our collection. We’ve used this camera in live water polo broadcasts for an underwater view of the action.

Marshall: Can you tell me a little about how the CV502-WPMB does for the underwater live shots?

Imry: For a long time, I’ve wanted to incorporate an underwater camera for our water polo, swimming, and diving broadcasts. I’m always on the lookout for new gear that would add an unusual or unexpected element to our productions, without adding (costly) staffing or long setup times.

We’ve tried using a GoPro for live underwater shots, but the lack of SDI output really limited what we could do. The CV502-WPMB fit our needs exactly. We used a couple of Manfrotto arms to connect the camera to a pole on the pool deck, and then put it in the water next to one of the water polo goals.

Our latest broadcast was on ESPN3 (in addition to the Ivy League Network), and that underwater camera provided a great shot for graphics overlay, and for during breaks. We also used the camera during a water polo tournament, which is usually an all-day event, so we were worried about the waterproof protection on the camera not lasting that long, but we didn’t have any issues.

Marshall: How do you see broadcast technology evolving over the next five years? And what will that mean for the Ivy League Network? More productions? New camera angles?

Imry: Looking ahead five years, I see two important trends in college mid-range broadcast technology. The first trend is IP transmission. More and more, broadcasts and equipment are moving away from baseband video towards IP transmission. This provides more flexibility in cable runs, equipment location, 4K transmission, and in centralization. In fact, for the ESPN3 water polo broadcast we did, the production was based out of our basketball control room, in a different building than the pool. We had our camera operators and commentators at the pool, and everything was transmitted over IP to the control room, where replays, graphics and outbound transmission was handled. That is really the only thing that allowed us to have water polo on ESPN3, the ease and flexibility of using a remote control room.

Second, the size and cost of equipment is constantly dropping. With quality broadcast-level cameras costing less and less, we have limitless opportunities to expand the scope of our broadcasts without expanding our budget. That’s where the Marshall cameras have been so helpful. Instead of coming up with expensive solutions for placing cameras behind the backboard, inside hockey penalty boxes, and underwater, we can use these small and very easy to set up cameras, and not have to worry about training our crew in using new gear. It really helps set broadcasts apart when viewers can see angles they don’t expect.

Check out our other blogs to learn more about Marshall Camera applications:

Which Marshall Cameras To Use For High-Def Web Conferencing